Use of electric hoists in a cable car in the Alps 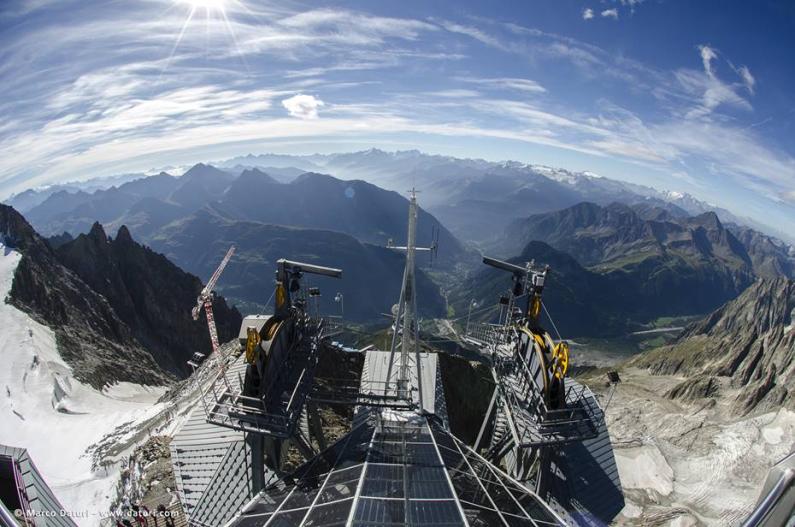 The DMK series electric hoists manufactured by Donati Sollevamenti S.r.l. are used in the emergency system of the Monte Bianco Nuove Funivie.

The climate in the Alps would put any type of mechanical equipment to the test. In the case of load lifting systems, cold, ice and wind increase the rate of wear and the risk of breakage of components such as chains and steel ropes, guides, emergency brakes and motors.

One example of the negative effects of low temperatures on metals is the loss of pliability and increased fragility. In these conditions, the risk of the material shattering if subjected to unexpected stresses such as collisions or bending increases. 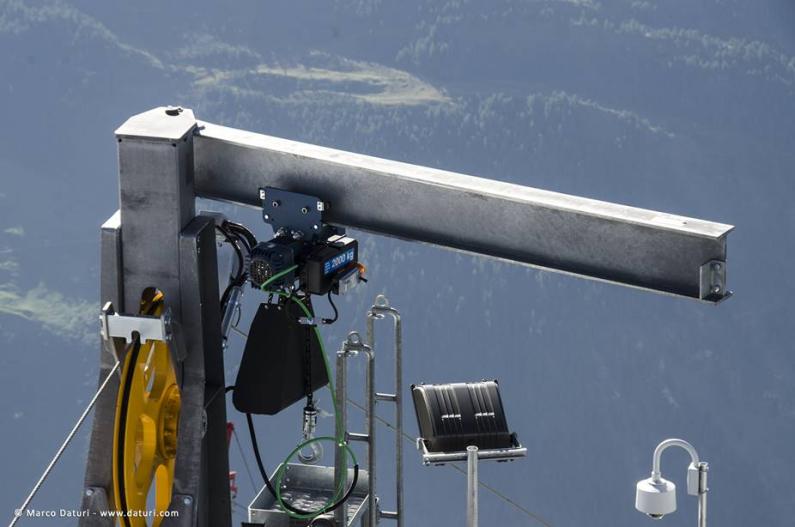 Use of DK hoists in the Monte Bianco cable car emergency system.

Donati’s hoists have proved to be highly reliable in the mountains even at high altitudes and in harsh winter temperatures. This is one of the reasons why the DMK series electric hoists have been chosen for the Skyway cable car of Monte Bianco that connects Courmayeur to Punta Helbronner at an altitude of 3,466 metres.

The hoists are used if the cars get blocked on the wires of the cable car. In this type of emergency they are used to lift the rescue vehicles up to the track ropes, an operation that must be carried out in less than 15 minutes.

Two hoists have been installed at the Pavillon intermediate station at an altitude of 2,173 metres and another two at the Punta Helbronner station. The hoists for Punta Helbronner were transported by helicopter.

Since the inauguration of the new cable car in 2015, the hoists have passed all the routine inspections despite temperatures that drop to -35° in December. Given the conditions of use, ice deposits have occasionally formed which were easily removed by the maintenance engineers.